Want to be a yoga teacher? 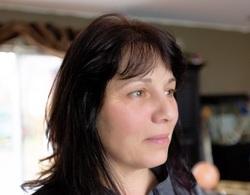 HYER Destination is a Yoga Alliance accredited school. Successful graduates are automatically eligible to register as Registered Yoga Teachers with the Alliance. The practice of yoga is enjoying ever increasing levels of popularity and certified teachers are in high demand everywhere. This could be your first step in a new and rewarding career.
Share on facebook
Share on google
Share on twitter
Share on linkedin

HYER Destination is a Yoga Alliance accredited school. Successful graduates are automatically eligible to register as Registered Yoga Teachers with the Alliance. The practice of yoga is enjoying ever increasing levels of popularity and certified teachers are in high demand everywhere. This could be your first step in a new and rewarding career.

Our Yoga Teacher Training (or YTT) Program is open to everyone – you do not need to be an experienced practitioner and not everyone who enrolls in the program aspires to become a teacher. Some people are drawn to YTT for a more personal reason – to make a positive change in their lives, to expand their knowledge or to enhance their own personal practice. This might be exactly what you are looking for.

All classes are held at the beautiful HYER Destination Studio located at 2 Forget Street in Embrun. This studio is particularly well known for the variety and quality of classes it offers as well as being renowned as a well-respected training school. The facilities are top notch – beautifully decorated and fully equipped with every prop and accessory imaginable. The studio even includes one of the few Aerial Yoga rooms in the Ottawa area.

Classes for this program are held one weekend a month for a 12 month period. Participants are also required to do regular readings, journaling and other independent study work. HYER Destinations YTT Program covers a wide spectrum of topics, methods and techniques including Philosophy, History, Ethics, Physiology and Anatomy.

In January 2017, HYER Destination Centre will once again be offering our very popular 200 Hour Yoga Teacher Training program. Now entering its 6th year, our program provides you with all the tools you need to become a fully certified Yoga Teacher.

Join Judith Boucher, E-RYT and studio owner as she will be with you every step of the way as you embark on your new journey. While Judith is the primary teacher for the program, she will be joined by other professionals from her specially selected team to ensure that, as a participant in the program, you always receive the highest quality resources and teaching available.

Judith first discovered Yoga in 1998 and it quickly became her true life’s passion. She embarked in YTT training in 2003 and, from there, went on to obtain her 500 hour advanced training certification in Rishikesh, India. Over the years, Judith has remained a passionate student – constantly expanding her knowledge and experience and bringing that knowledge back home with her to share with others.

Judith is well versed in many styles of yoga including Akhanda, Classical Kundalini, Yin, Restorative, Post /Prenatal Yoga, Children’s Yoga, Laughter Yoga, Aerial Yoga, Yoga Tune Up, Sound Healing and so much more. Judith’s yoga spiritual name (given to her by Yoga Master Vishva-Ji) is “Om Jyoti” which means “light of divine vibration” and she readily shares this light and vibration through her teaching.

Judith discovered yoga in 1998. As her yoga practice became her life and passion, she trained to learn the basics of Hatha Yoga in 2003 which then led her to take a 500-hour advanced training in Rishikesh India. In 2011, her first group of teachers was formed as she trained them in a full year 200 Hours Yoga Teacher Training. Her compassion for wellness led her to become Yoga of the Heart® Teacher to share yoga with people at risk or living with heart disease, cancer and other life-threatening diseases. Judith mastered various holistic disciplines and became a practitioner of Hypnotherapy, EFT (Emotional Freedom Technique) Master, Thai Yoga Massage Practitioner and Reiki Master Teacher. She specializes in several yoga styles such as Akhanda Yoga, Classical Kundalini, Yin Yoga, Restorative Yoga, Post/Prenatal Yoga, Children's Yoga, Laughter Yoga, Aerial Yoga, Yoga Tune-Up and so much more. â€‹Founder and Owner of HYER Destination Centre since 2001, she moved and built a new studio in Embrun in 2013. She can now welcome a larger number of people who are discovering the benefits yoga has in ELEVATING the being which lies dormant within as the name of her Centre expresses so well: HYER Destination Centre for Yoga and Health.
Articles by this author.
PrevPreviousWhat is CranioSacral Therapy?
NextRestore your metabolismNext