How Citicoline Can Boost Brain Health? 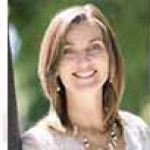 It's no secret that the brain's important functions can decline over time due to factors like age, stress, or lack of sleep. Luckily, sustaining optimal brain performance doesn't have to be difficult; you can start by increasing one very important brain-boosting nutrient found in Brain Boost & Renewal™: citicoline.
Share on facebook
Share on google
Share on twitter
Share on linkedin

As we age, many of us become more concerned with things like memory, decision-making, and cognitive function. To address this problem, we must consider one of the most important organs in our Healthy Body—the brain.

It’s no secret that the brain’s important functions can decline over time due to factors like age, stress, or lack of sleep. Luckily, sustaining optimal brain performance doesn’t have to be difficult; you can start by increasing one very important brain-boosting nutrient found in Brain Boost & Renewal™: citicoline.

More specifically, citicoline, also known as cytidine phosphocholine or CDP-citicoline, is important for maintaining optimal brain health and has been clinically demonstrated to increase cognition, boost function, and offer neuroprotective benefits. While citicoline and its precursors are available from dietary sources such as beef tongue or liver, which are not typical in the modern American diet, supplementation is a great alternative.

Several studies have documented the brain-health benefits of citicoline. In one study published in 2008, researchers found that citicoline increased the metabolism of phospholipids and promoted healthy brain activity in older adults.

More recently, two other studies conducted by researchers from the University of Utah’s Brain Institute found that citicoline yielded positive benefits in both healthy males and females.

In the first study, which was a double-blind, randomized, placebo-controlled three-arm study, women between the ages of 40 and 60 who received either 250 or 500 mg of citicoline per day demonstrated significant cognitive improvements after 28 days of supplementation over the placebo.

One mechanism underlying citicoline’s brain-supportive effects is likely its influence on the neurotransmitter dopamine. As we age, dopamine transmission and the availability of dopamine receptors decrease, contributing to decreased performance on attention and decision-making.

On the other hand, higher dopamine uptake has been associated with improved performance on working memory and executive-function tasks requiring attention.

This is important because previous research has shown that citicoline increases dopamine levels.

In Brain Boost & Renewal specifically, citicoline is available in the form of the high-quality branded product, Cognizin®. And the product is offered as a comprehensive approach using multiple bio-actives to support brain health and reduce brain aging.

Joanne of Core Wellness Solutions has been a Holistic Health Practitioner since 1997, specializing in Nutrition and Cleanse Coaching, Iridology as an assessment tool and various energy and body therapies. She loves all things that make her feel fit and healthy, especially healthy food and being outside in nature. She is passionate about educating others on how to take charge of their health, minimize dis-ease and illness and especially on how to achieve and maintain a superior quality of life and health Our goal is to empower individuals with the ability to respond proactively and preventatively in regards to their health; physically, mentally, emotionally and spiritually. In assisting individuals on the path to superior health, we are helping people to be and actualize the best of who they are. This positively affects their life and the lives of those they love and connect with every day. Visit their website here.
Articles by this author.
PrevPreviousHow Does Electrolysis Work?
NextWhere is My Healthy Mind?Next