Fennel to Help Curb Those Overpowering Cravings for Sweets! 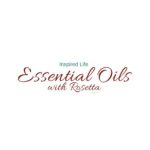 This essential oil is sweet, but not in the normal sense of the word – it’s peculiarly sweet. How’s that for an intriguing description? The sweetness of dōTERRA® Fennel is not a syrupy sweetness that makes you think of cupcakes and frosting.
Share on facebook
Share on google
Share on twitter
Share on linkedin

Ever heard of a Greek city named Marathon and a courier who collapsed after running a great distance from there to Athens, bringing news of a military victory? Here’s how this seemingly random historical tidbit ties in with a plant worthy of discussion: “marathos” is the Greek word for fennel, which grew so abundantly in the area that the city was named after it.

This essential oil is sweet, but not in the normal sense of the word – it’s peculiarly sweet. How’s that for an intriguing description? The sweetness of dōTERRA® Fennel is not a syrupy sweetness that makes you think of cupcakes and frosting. On the contrary, it’s comparable to the natural sweetness of licorice. Amazingly enough, a drop of Fennel in your glass of water, tea, or green juice may actually help curb those overpowering cravings for sweets. How can this be? Well, the primary chemical constituent of Fennel is actually many times sweeter than sugar, so it can trick the body into thinking it’s indulging in a calorie-loaded sweet treat. Think of it as a kind deception to help you crave healthier things!

While you’re sipping on that Fennel-laced green smoothie or cup of tea, consider the other kind things you’re doing for your hard-working digestive tract. Fennel essential oil can help ease occasional feelings of bloating as well as help soothe other uncomfortable sensations in the area. In fact, the fennel plant has been famous across centuries as a digestive superhero.

For a sharp, flavorful addition to a dip or salad, add a toothpick dip’s amount of Fennel, remembering you can always add more later on. It’s a good idea to start with the bare minimum for the purpose of savory flavor without overpowering pungency. Fennel adds a strong, robust flavor to dishes such as sausage and soup, and it will continue to be kind to you even after you’ve finished dinner! We all know the unpleasantness of a too-full stomach after overindulging during a meal. If you find yourself in this digestive pickle, know you can use Fennel to combat the resulting discomfort. Fennel is a key component to any blend intended to address belly complaints, and it combines well with both spicy oils like dōTERRA Clove and Ginger as well as with citrus oils like Lime.

The seeds of the fennel plant are the stars of the show. Though the perennial herb grows flowers and leaves, it’s the steam distillation of the seeds themselves that produces Fennel essential oil. Westerners took longer to catch on to using fennel than their Eastern counterparts. Middle Eastern cultures have long employed fennel in their cuisine, taking advantage of their proximity to the Mediterranean where the herb flourishes to employ its culinary and health benefits. In ancient Rome, soldiers ate fennel to prepare for battle, believing it would impart strength. Interestingly, every single part of the plant is edible, so not a bulb, shoot or seed had to be wasted.

As if you need even more reasons to give Fennel essential oil a try, know that it is aromatically energizing – think diffusing for increased productivity – uplifting, and confidence-inspiring. No wonder those Roman soldiers made sure to eat their fennel before battle! Of course, it bears mentioning that this oil carries no mystical ability to empower people to run actual marathons. However, the uses of Fennel oil extend beyond the realm of digestion to support other body systems, bringing along that distinctively sweet scent wherever it goes. In the end, it’s clear why Fennel comes in first place for digestive support.

Hello! My name is Rosetta and I am a dōTERRA® Essential Oils Wellness Advocate. I am an Educator and Mentor who empowers others to embrace natural lifestyle changes and live to their potential in their personal and business lives. I LOVE being a dōTERRA leader and I love natural health solutions! I have incorporated oils into all facets of my life and hope you help you do the same! Essential Oils provide us with safe, natural alternatives they’ve become an “essential” part of our home and family everyday. I live in St. Andrews Canada, I am married with two children and we have a cat. I started using doTERRA in 2011. I am also Aromatouch® Technique Certified which involves an essential oil application along the spine focusing on Stress Management, Immune System Support, Healthy Inflammatory Response and restoring (ANS) Autonomic Nervous System Imbalance. Visit her website here.
Articles by this author.
PrevPreviousTo ice or to heat?… that is the question!
NextCommunicating with “Communication Problem” CouplesNext