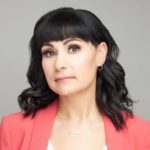 Are you or someone you care for living with this diagnosis? Bipolar Disorder affects 4.5% of the global population, which is about one in every twenty two persons. Some clinicians estimate an even higher number of 6.5% of the population, which is one in every fifteen persons. So odds are that you may know someone affected by this disorder and benefit from reading this article that shares new insights into the complex interplay stress holds for anyone suffering from this disorder.
Share on facebook
Share on google
Share on twitter
Share on linkedin

How does trauma enter this conversation? Many people are unaware of how the impact of trauma affects bipolar disorder episodes such as depressive, manic, and hypomanic episodes. During my extensive research and clinical trial with clients with BD the connection I identified between significant traumatic events and subsequent timing of the very first bipolar episode was striking. From this discovery my own additional theory of causation, linking the fight-or-flight stress response to the genetic and biological manifestation of this illness, began to take shape the Environmental Stress Theory of Causation. I identified a sort of switch that flips on, triggered by a powerful stress response (traumatic event), therefore triggering the biological activation of the genes associated with this illness, and subsequently flipping this “switch” that leads to the chemical imbalance found in the brains of bipolar disorder patients that creates the very first bipolar episode. Once the genes have been activated and chemical imbalance begins, these specific triggers connected to the stress-response subsequently continue to contribute to future episodes. Environmental Stress-Targeted Therapy desensitizes this fight-or-flight stress-response that is heavily connected to these episodes and evidence-based results have proven its effectiveness and benefit.

“We needn’t think of bipolar disorder as only a brain disease or only a psychological problem. It can be both of these things, and each can influence the other. Most professionals think of the cycling of bipolar disorder- and, for that matter, the waxing and waning of most illnesses- as reflecting a complex interplay among genetic vulnerabilities, neurocognitive processes, psychological processes, and stress agents.

Despite the clear genetic nature of underlying vulnerability for bipolar disorder, it is equally clear that environmental variables, such as stressors and life events, are common triggers for bipolar episodes, both manias, hypomanias, and depressions.

It is easy for individuals with the disorder and for clinicians to look retrospectively and always find a trigger; when events such as mood episode occur, people naturally look at their lives and find some reason why the episode occurred at this particular time. Studies with prospective ratings of life events, in which the recognition of life events or stressors is established before an episode begins, demonstrates that life stressors are indeed more common before mood episodes than at other times in individuals’ lives.”

Glucocorticoids are a group of hormones that produce cortisol by the adrenal glands. Dr. Mondimore describes cortisol as “responsible for controlling the changes to the energy economy of the body that are part of the stress response: the release of glucose into the bloodstream, the dampening down of the immune system, and the suppression of cellular growth (2014, p.199). Mondimore goes on to cite that “this is the last feature of cortisol that is most relevant to persons with bipolar disorder” (2014, p. 199).

“Our mood-regulation system depends on the constant, active remodeling of networks of neurons in the brain, especially in the area of the brain called the hippocampus. The cells in the hippocampus are very busy, sprouting new connections and disconnecting and reconnecting with other neurons, and new neurons are constantly needed to replenish the ones that simply wear out from all this work. It is easy to see, then, how too much cortisol dampening down cellular growth over too long a time can have a very deleterious effect on the mood system” (Mondimore, 2014, p. 199, 200).

“There is also evidence that patients with bipolar disorder who have high levels of stress and conflict within the immediate family dynamic are five to six times more likely to have recurrences in the nine months following a hospital discharge than patients who have healthy, positive relationships in the home environment” (Miklowitz et al., 2014).

“Clinically, the implications of the relationship between life events (either independent or self – generated), family stressors, and bipolar mood episodes are clear. For optimal treatment of the disorder, attention must be paid to stresses in the bipolar individual’s life and how one copes with these stressors. We can and must work with our patients and their families to enhance coping skills, especially when dealing with stressors that may evoke symptoms. Teaching coping strategies may result in diminished stress response and help to avert mood episodes” (Miklowitz et al., 2014, p.32).

The connection between environmental stress and bipolar disorder also makes itself evident in several statistics. The most dramatic example reports that people with BD are 2.6 times more likely to have been in an abusive environment as children than healthy people, with emotional abuse being the most common form (e.g. being severely criticized, humiliated, threatened with a loss of basic securities, etc.) (Palmier-Clause et al., 2016; Miklowitz, et al., 2019, p.111).

Environmental Stress-Targeted Therapy (EVSTT) was formed based on this research and on the outcomes of my own clinical research trial. EVSTT is a five stage treatment protocol that targets and desensitizes the triggers and associations linked to manic, hypomanic, and depressive episodes. This therapy reduces the severity of each subsequent episode, increases the maintenance phase between episodes, and shortens the duration of each episode and is the first psychotherapeutic treatment protocol specifically created for clients with this disorder that targets the stress-response and incorporates clinical hypnosis. The results seen throughout my years of working with clients with BD are dramatic and life-changing for these patients. Detailed case studies along with a specific breakdown regarding this treatment protocol and the five stages of treatment can be found in my book, A Therapist’s Guide to Treating Bipolar Disorder with Hypnosis: An Introduction to Environmental Stress-Targeted Therapy.

This book is not only meant for clinicians working with clients with bipolar disorder, but also for anyone living with this disorder or close to someone who has this diagnosis.

As research continues to discover the deep connection stress holds within our bodies, it is encouraging to acknowledge the critical role resolving and healing trauma can play in creating healthier happier lives.

What are clients saying about this therapy?

“I have truly noticed a great impact on my mental health since this therapy (EVSTT) commenced. Hypnosis has assisted me to examine and release traumatic events of my past. Hypnotherapy has taught me to de-escalate my thoughts and reactions. I have experienced shorter durations of depressive episodes and will speak highly of this effective therapy to my peers and others suffering from bipolar disorder. “ -Jessica

Meera is a Registered Clinical Counselling Hypnotherapist and famous author of “A Therapist’s Guide to Treating Bipolar Disorder with Hypnosis: An Introduction to Environmental Stress-Targeted Therapy EVSTT”. She is registered with ARCH, The Association of Registered Clinical Hypnotherapists and RITMA, Therapists in Alternative & Complimentary Medicine Association. Meera has studied Past-Life Regression with Dr Brian Weiss in New York many years ago and her private practice is located in Calgary, Alberta. She is passionate about the healing benefits that hypnotherapy creates in a person’s life and continues to be amazed by the healing changes she witnesses in clients on a daily basis. What positive changes can therapy create in your life? To contact Meera and learn more about treatment please visit Meera’s website @ 3rdeyehypnotherapy.com and to view her Authors’ website go to MeeraDuncan.com.
Articles by this author.
PrevPreviousOuch! Do You Suffer from Arthritis?
NextToe and Foot TransformationsNext