Is Santa Claus the Most Famous Senior? 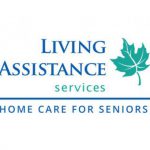 Today, you may not be aware but Santa, our most famous senior, uses advanced technology to make his important night happen….read more to find out how he became so famous and how he gets all around the world in a night...
Share on facebook
Share on google
Share on twitter
Share on linkedin

If not the most famous senior, certainly Santa Claus is the best loved senior for many where you live- and around the world- but he is also recognized by different names. In France, he’s Pere Noel; in Germany and Switzerland, he’s

Kris Kringle; in England, he’s Father Christmas. In Russia, he goes by Babouschka and, in Italy, as La Befana, to name a few. By 1881, in North America, he had donned the red and white suit, wore a long white beard and travelled by sleigh with his reindeer, mostly as the Santa we know today.

Santa’s ‘career’ started in Turkey around 280 C.E., when he was born to Christian parents who named him Nicholas. He was widely admired for his kindness and strong faith, supposedly giving away all the money he eventually inherited from his family. He then roamed around Turkey, caring for the sick and the poor and donating a dowry for three poor sisters so that their father wouldn’t sell them. He later joined the Church to follow in his Uncle’s, the Bishop of Patara, footsteps. Thereafter, he became the Bishop Nicholas of Patara himself.

After his death, veneration of St. Nicholas spread throughout Europe and even Russia, and, by the Renaissance in the 1500’s, he was the most popular saint in Europe, and in Holland in particular. The Dutch call him Sinter Klaas, a short form of Sint Nikolaas. When the Reformation swept Europe, his popularity declined but he remained strong in Holland. The Dutch brought him to the New World when they settled the City of New Amsterdam, New York today, in the 17th century. They celebrated him on his feast day, December 6th, the date of his death, and it was only in the early 1800’s that he emerged with the celebration of Christmas on December 25th.

Today, you may not be aware but Santa, our most famous senior, uses advanced technology to make his important night happen….some examples (1):