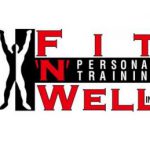 I find the media is always several years (five to ten years) behind current studies in the industry. Over the past few months you may have noticed more and more commercials and talk in the media around plant-based eating.
Share on facebook
Share on google
Share on twitter
Share on linkedin

As a personal trainer, I am pretty passionate about health and fitness. I would have chosen a Healthy Living with better hours if I wasn’t.

I find the media is always several years (five to ten years) behind current studies in the industry. Over the past few months, you may have noticed more and more commercials and talk in the media around plant-based eating. You are going to be seeing more and more of this kind of message in the media and it isn’t going to go away. Even the new Canada Food Guide has ignored the lobby groups and recommended what the registered dietitians feel is right based on science rather than recommending foods based on which lobby group pays them the most. It isn’t that you need to become a vegan, it is more about crowding out unhealthy saturated fats, trans fats, and refined carbohydrates and introducing more plant-based foods.

The Canada Food Guide is now encouraging people to consume plant-based proteins. With that, based on the public response you would think the government is trying to control us and turn us into zombies. No, plant-based proteins are simply better for our health and the environment and they are less expensive than beef, fish or chicken.

I have heard a lot over the years regarding the debate over refined sugars, saturated fats, meat and dairy and how much these choices contribute to obesity, heart disease, type two diabetes, cancers, and various other diseases. One thing I have never heard is anyone in any diet recommending that you shouldn’t eat vegetables. I have never heard the likes of “Poor Fred, look at him, he is a heart attack waiting to happen. Well, what do you expect from a guy who loves his vegetables, nuts, and legumes? He looks so unhealthy. He is a walking heart attack.”

And yes, the typical response when I say something like that is “I heard of a jogger who had a heart attack while jogging”. Yes, we have all heard about that unfortunate individual and yes, you will always be able to find one or two cases here and there of an athlete who has a genetic heart condition and dies prematurely. You will also find one or two cases like Bob Hope who drank and smoked all his life and lived a long life. I think reasonable, logical people understand that people like that are the minority. The others aren’t so lucky and don’t tend to live into their 70’s much less their 90’s.

When you look at heart disease being the number one killer in North America and the number of people who eat whole foods and focus on a plant-based diet vs how many people who die of heart disease who are either obese, have horribly unhealthy diets and don’t exercise, I think you will find that argument is about as silly as suggesting that people don’t look both ways before they cross a busy highway because they know someone who never looks both ways before crossing a busy street and he is still alive.

I grew up on a farm and I hope we still have farms for hundreds of years to come. I just hope that we start spending more of our land resources on food to feed humans and less of our land to feed the animals that we eat.

I encourage all of you to focus on whole foods and plant-based proteins thus crowding out and consuming less meat, dairy, refined foods and man-made foods that have concentrated amounts of sugar in them.

Greg is the owner of Fit 'N' Well Personal Training Inc in Edmonton, AB. He graduated with honours from the NAIT personal training program and started Fit 'N' Well on September 3, 1998. In 2004 Greg invented and started the drop-in tennis ball soccer program at The Terrace Fitness and Racquet Club (Which still runs three times a week). Greg trains people in the Scotia Place Fitness Centre, The Terrace Fitness and Racquet Club and The EPCOR Tower Fitness Centre. Greg also provides in-home personal training in clients homes throughout the city. Greg's specialities are seniors fitness and weight loss. Contact Greg today to become the best version of you! Call 780-945-6882.
Articles by this author.
PrevPreviousQigong Therapy
NextWhat is a Marriage Restoration Cruise?Next