The Most Popular Eyebrow Enhancement Technique 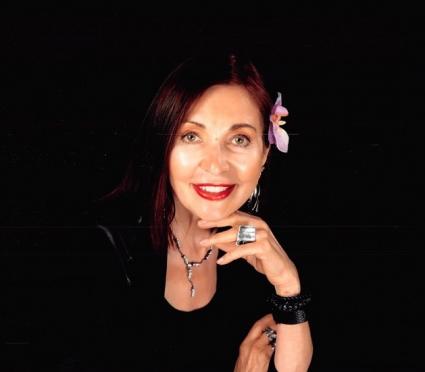 Microblading allows you to have fuller brows without having to go through the daily motions of drawing them on. It is a form of tattooing your eyebrows, but it gives a more natural look and is less invasive, and is semi-permanent.
Share on facebook
Share on google
Share on twitter
Share on linkedin

Microblading has recently become one of the most popular eyebrow enhancement techniques around because it is a game-changer for anyone who wants fuller brows without having to go through the daily motions of drawing them on. It is a form of tattooing your eyebrows, but it gives a more natural look and is less invasive, and is semi-permanent.

Pigment is implanted into your skin by using a hand tool with a disposable blade that has several little needles to create little hair-like strokes.

If you are one of those people who spends a lot of time every morning drawing on your eyebrows, then this may be the best solution for you because the results are having beautiful, very natural looking eyebrows, and it is almost impossible to spot the difference between a natural eyebrow and a microbladed one.

I used to do permanent makeup tattooing. I started before it was even popular, so here are some comparisons of the two techniques.

Both techniques need a touch-up four to six weeks after the initial procedure in order to last, and brow blading will last one to three years, and eyebrow tattoos will last around five years or longer depending on your skin and lifestyle, and touch-ups in between may still be needed.

And the new microblading eyebrow tattoo techniques give your brows a much more natural look than tattooed eyebrows which look more drawn on and flat.

Other names for Eyebrow Microblading

Eyebrows are an important facial feature, and having beautifully defined eyebrows, whether they are bold or more subdued, they give your face a finished look that stays. Because eyebrows are like a facelift especially for people who don’t have nice brows or maybe have no eyebrows, microblading and shading is the answer, but it will take more time to design and perfect that eyebrow shape and look.

Who Is a Good Candidate for Microblading Eyebrows?

Anyone with sparse and uneven or patchy eyebrows, or anyone who draws on brows everyday, and anyone who is not happy with their natural brows, and that goes for a lot of us.

Who is NOT a Good Candidate for Microblading Brows?

People with very oily skin, or people who sweat profusely, and people with chronic conditions and diseases.

We Require a Note From Your Doctor

If you have recently completed a round of chemotherapy, we recommend that you wait at least six months after chemo treatments before you do this beauty treatment.

Any auto-immune disease like lupus or rheumatoid arthritis or Crohn’s disease, the note from the doctor should say that he/she is familiar with your condition and deems it safe for you to have microblading done.

Who do we NOT do Treat?

Anyone under the age of 18, and we will ask for ID that includes your age before we do the consultation, even if you are accompanied by an adult.

People who are prone to scarring or keloids.

If you had your eyebrows previously tattooed and your eyebrows are too dark it cannot be fixed, so it’s best if you wait for your brow colour to fade, but you can help it along by exfoliating you skin regularly.

People who have broken skin, or a rash, or eczema, or shingles or any other skin condition around your eyebrows, and people who are allergic to lidocaine or other numbing agents.

We never touch people who are pregnant or breast feeding.

If you are a hemophiliac or have excessive bleeding, or if you have Hepatitis or HIV.

And if you are presently receiving chemotherapy you should wait at least six months after chemo treatments have been completed.

Microblading Before and After Photos

Shanette Seipt, the owner of https://www.lexquisite.ca is knowledgeable, highly experienced professional with over 30 years of hands-on experience and plenty of certifications. Helping her clients look and feel their best has been her passion since the beginning. Shanette keeps re-inventing herself by offering you a wide range of the latest services and products. Whether you're looking to feel better, look more youthful and vibrant, want glowing skin, kick start your slimming program, detox your body or just want some YOU time, L'Exquisite is the place for you. Your spa experience will be in a beautiful private and relaxing beauty house away from the hustle and bustle of everyday's life. Enjoy the warm personal attention and pampering you deserve. Just relax while she works her magic to help you look and feel your best, and to achieve your goals. Shanette's key phrase has always been Be a Perfect “10” Click here to book your appointment Or call 905-827-2222
Articles by this author.
PrevPreviousHow Can My Healthy Body Receive Nutrition Despite Digestive Problems?
NextMaking Change by Thinking RealisticallyNext