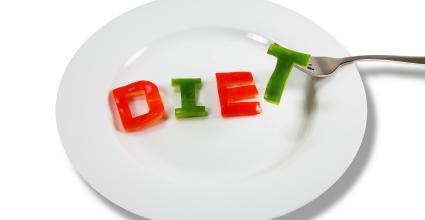 When it comes to weight-loss diets, I think I’ve tried them all.

I did the cabbage soup diet in university to lose the fabled “frosh-15.” I did the South Beach after having my first baby. (To this day, I swear my son won’t eat potatoes because we never served them when he was small.) I’ve tried Atkins, Weight Watchers, the Natural Diet Makeover, the Zone and the grapefruit diet. If there’s a fad diet out there, I’ve probably tried it.

Did they all work? The short answer is yes. I can honestly tell you that I lost weight on every single one of these diets (except Atkins, which I ditched after two days because it kept making me feel nauseous and my breath stank).

Did I keep the weight off? That’s a trickier question. Certainly I wasn’t able to keep following any of these diets for a long period of time. After my first fad diet, the cabbage soup one, I kept the weight off for quite a few years. But that diet was to get myself back to my pre-university weight, or what was a more “normal” weight for me at age 20. If anything, gaining the frosh-15 was unnatural. I probably would have lost that 15 pounds after moving out of residence no matter what. I just may not have lost it as quickly.

The second time I gained weight was when I finished grad school and entered the working world. As a student, I spend much of my time walking. I went to school in downtown Toronto, and didn’t live anywhere near campus. As a poor student, I didn’t have a car and often didn’t want to bother with transit, so I walked everywhere. But when I started working and bought my first car, I stopped walking – and started gaining weight.

Again, a fad diet helped me take off those pounds, but that was also when I bought a piece of exercise equipment and used it every morning. So yes, I lost weight – but again, I probably would have lost it anyway because I started exercising again. It just would have taken longer.

I gained a substantial amount of weight two more times during my pregnancies. (And I mean a substantial amount!) After baby number one, I lost it by going to a 30-minute women’s fitness place and following the aforementioned South Beach diet. I didn’t regain any weight until my second pregnancy, after which I lost the weight using Weight Watchers and taking up spinning. In both those cases, again, I probably would have lost the weight eventually, even without the diets.

See a pattern here? The fad diets really didn’t do much to help me sustain a healthy weight. Sure, they might have made the process a little faster, but if I hadn’t made some pretty serious lifestyle changes, I wouldn’t have kept the weight off.

My youngest son is now four, and I’m happy to say that I have not gained any weight. But over the years, I’ve also learned a ton about healthy eating habits, proper exercise and moderation. I took up running and weight training. I started planning our meals. I became a savvy shopper.

Deep down, I know that while those fad diets might have been a quick fix, they just don’t work in the long-term. (Don’t believe me? Be sure to check out our article, “Why fad diets fail” on Primacy Life.) And, let’s face it: they’re pretty unpleasant too. Who wants to eat nothing but meat and cream for the rest of their lives? (Again, Atkins!) Who wants to cut out all that is good and fun in our diets and count out every morsel of food?

Not me. I’ve learned my lesson, and kicked fad diets to the curb. I can honestly say I’ll never fall for another one again.