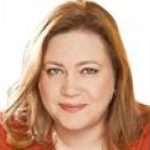 The internet is a great source of information but unfortunately not all of the information is of good quality, and this is especially true regarding diets, nutrition and health. As a result, many people are confused about diets: low carb, low fat, high protein, Keto, Paleo and so on. Here are some typical questions:

What is the difference between the Paleo and a Keto diet?

Ketone bodies are chemicals that are created when your metabolism shifts from using carbohydrate as its immediate source of fuel to using fat for that purpose. The Keto diet takes its name from its propensity to generate ketone bodies, or to induce ketosis, the process of creating ketones. It is intended to cause ketosis. The Paleo diet restricts the intake of starchy foods but doesn’t obligate you to skew your caloric intake towards foods that are high in protein and/or fat. As a result, it doesn’t have to cause ketosis.

Most of the early research on ketogenic diets was done in connection with their use as a treatment for people with neurological illnesses such as epilepsy[1]. In the 1970’s, Dr. Robert Atkin’s popularized the ketogenic approach as a treatment for obesity and heart disease[2].

The Paleo diet is mostly what people who are not anthropologists imagine paleolithic people ate. In my opinion, the theory (propaganda) behind it is mostly BS. According to National Geographic,

“There’s been a consistent story about hunting defining us and that meat made us human,” says Amanda Henry, a paleobiologist at the Max Planck Institute for Evolutionary Anthropology in Leipzig. “Frankly, I think that misses half of the story. They want meat, sure. But what they actually live on is plant foods.” What’s more, she found starch granules from plants on fossil teeth and stone tools, which suggests humans may have been eating grains, as well as tubers, for at least 100,000 years—long enough to have evolved the ability to tolerate them.

The notion that we stopped evolving in the Paleolithic period simply isn’t true. Our teeth, jaws, and faces have gotten smaller, and our DNA has changed since the invention of agriculture. “Are humans still evolving? Yes!” says geneticist Sarah Tishkoff of the University of Pennsylvania.[3]”

That said, the Paleo diet can be a healthy option for many people. I just think it’s unfortunate and unnecessary to eliminate entire food groups (dairy, legumes, grains) based on an imagined impression of how our ancestors ate.

If you are in good health, you do not need to follow any particular kind of diet. Most people thrive on a varied diet that emphasizes vegetables. This does not mean you need to become a vegetarian or a vegan. It does mean you should consider Michael Pollan’s advice to “Eat food. Mostly plants. Not too much.”

Pollan has also recommended that we not eat anything our grandmothers would not recognize as food. Since this recommendation has a shelf-life by virtue of the speed at which food products are developed, I think we should interpret this to mean we should focus on food in a natural or near-natural state. Visually, this translates into an intake that looks something like this:

What you see illustrated is balanced portions of proteins and starches served with an abundance of non-starchy vegetables as a reminder to pay attention to portions as well food content. This approach typifies the advice given in programs such as Weight Watchers and Jenny Craig but it works for people who want to maintain a healthy weight as well as those who want to lose a few pounds.

While there is no one-size-fits-all dietary solution, this approach will work for most people, especially those that do not have metabolic issues, such as type 2 diabetes, for example. If you have problems with your blood sugar, you might need to reduce the proportion of starchy foods and sweets (including fruits) further. In this instance, discuss your needs with your MD, and ND or a dietician.

I have a Bachelor’s degree in nursing from the University of British Columbia.  I have several years of work experience in nursing covering such specialty areas as gastroenterology, plastic surgery, gerontology, ophthalmology, sexual health and family planning. I am a member in good standing with the Canadian Association of Naturopathic Doctors, and the Ontario Association of Naturopathic Doctors, and I am licensed by the College of Naturopaths of Ontario (CONO). As a naturopathic doctor, I work with many treatment modalities, some of which you will find described on this site, but have a special interest in clinical nutrition and orthomolecular medicine. Dr. McKenzie's practices at the Summit Natural Health Centre in Etobicoke, Ontario. http://www.summitnaturalhealth.ca/
Articles by this author.
PrevPrevious15 Health Benefits of Cannabis Oil
NextHow Much Water Should I Drink In A Day?Next