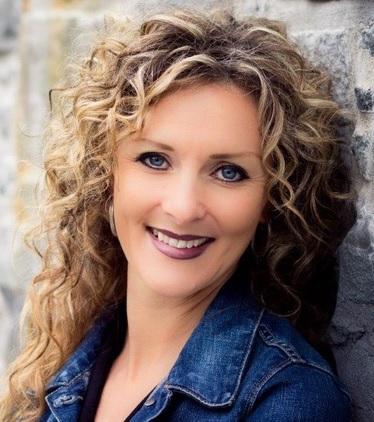 Decreasing how much sodium you consume can help lower high blood pressure.

Sodium is a mineral found in table salt. Sodium is also combined with other chemicals and added to manufactured foods for a variety of reasons. Research has shown that the less sodium we eat, the lower our blood pressure. About 11% of the sodium we consume is from salt that we add to our food at the table or in our cooking. Twelve per cent is from sodium that naturally occurs in food and our drinking water. Most of the sodium we eat, around 77%, is from processed food and restaurant meals.

Food labels include nutrition facts that list the amount of sodium in a serving. Sodium is measured in milligrams and abbreviated as mg. For a healthy blood pressure, health experts suggest we eat between 1500 and 2300 mg of sodium per day. Check food labels to become more aware of the sodium content in foods. Eating fewer processed foods and more fresh foods is one of the best ways to cut back on sodium.

Salt is mined from dried salt lakes or from the sea. It is mainly a combination of two minerals, 40 per cent sodium and 60 per cent chloride. The recommended limit is to consume no more than 2300 mg of sodium a day to manage or prevent high blood pressure.

All the above salts contain about 2300 mg of sodium per teaspoon.

Salt-free seasoning blends are alternative ways to flavour food. They are a mixture of flavourful dried herbs and spices that don’t contain sodium chloride.

Salt substitutes replace some or all of the sodium in salt with another mineral such as potassium or magnesium. Potassium chloride is a common salt substitute.

Sodium deficiency is rare, since sodium is a natural ingredient in many of the foods you eat. Manufactured foods often contain salt and many sodium-containing additives. Limiting your intake of salt and sodium can benefit your health, especially if you are over 45 years old or of African descent. All “salts” contain sodium and can potentially increase your blood pressure.

You can adapt to a less salty taste in your food by gradually decreasing the salt in your cooking and at the table. Enhance the flavour of your food with a dash or sprinkle of lemon juice, garlic, herbs, spices, wine or vinegar. Experiment with a variety of salt-free seasoning blends. Salt substitutes can replace table salt but often taste bitter and aren’t recommended for people on a potassium-restricted diet.

Personal Nutrition Consulting in Hammonds Plains, NS Angela C. Dufour, MEd., PDt., IOC Grad Dip Sports Nutr, CFE, is a sports dietitian and owner of Nutrition in Action in Bedford, N.S.  Nutrition in Action is a personal consulting services that focus on Digestion Health, Weight Loss, and Sports Nutrition. We also offer services that focus on corporate wellness. Nutrition in Action is managed by registered dietitian Angela Dufour, MEd., RD, CSSD, IOC. Nutrition in Action serves Hammonds Plains, NS and other surrounding areas. With Angela’s nutrient management services, she has helped hundreds of people to become healthy and stay on track with their nutrient management programs. She serves people from all ages and she gives science-based pieces of advice that are easy to follow and very achievable Nutrition information you can trust from Atlantic Canada’s leading dietitian! To Book an Appointment Click Here
Articles by this author.
PrevPreviousWhy does the Sciatic Nerve Hurt So Much?
NextMediterranean Diet Reduces CancerNext