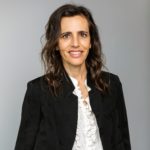 I don’t know about you but trying to get my kids out of the house on days off these days is like pulling teeth. They complain, protest and whine and it's almost enough for me to let them have their way and just stay put. But I don’t give in.
Share on facebook
Share on google
Share on twitter
Share on linkedin

Spending time outside in nature is not just a way to pass time on free days it is imperative for physical, emotional and mental health. The benefits are numerous and I will outline some for you below.

1. Spending time outside in natural light, especially in the early morning, helps regulate the circadian clock.

The circadian clock is an internal clock in our brain that has an important role in driving many processes in the body including sleep, hormone release, body temperature and gut health. The

clock responds to external cues especially light and therefore early morning sunlight exposure is a strong signal to get systems functioning as they should.

2. Exposure to sunlight enables the production of Vitamin D in your body.

Vitamin D is formed in the skin through a reaction with sunlight. It is an important hormone that modulates many reactions in the body and has a role in gene expression, immune function and bone health. Due to minimal exposure to sunlight many people living in the northern hemisphere have deficient levels of vitamin D.

A study done in 2014 in Japan looked at the response of young men who walked in the forest versus those who walked in an urban environment. They found that the men who spent time in the forest had significantly lower heart rates as well as a higher heart rate variability, which is a signal of increased stress resilience. They also

4. Spending time in nature can make you smarter.

Psychologist Marc Berman, PhD, and Kathryn Schertz reviewed the literature on the cognitive benefits of spending time in nature in 2019.

https://journals.sagepub.com/doi/10.1177/0963721419854100 They found evidence that exposure to natural environments improves performance on working memory, cognitive-flexibility, and attentional-control tasks. Green spaces near schools were associated with cognitive development in children in one study. In another, green views near the homes of young girls were associated with self-control behaviors. Experimental studies also supported the association between exposure to nature and improvements in cognitive performance.

5. Spending time in nature can increase your creativity and attention.

A study done in 2012 with a group of hikers who spent 4 days immersed in nature showed they had significantly better scores on a task that required creative thinking and problem solving compared to a similar group that had not just spent 4 days in nature. https://www.ncbi.nlm.nih.gov/pmc/articles/PMC3520840/ The researchers had a theory that the results were due to lack of stimulation of everyday activities which then allows the pre-frontal cortex to restore and replenish so it is better able to perform its executive functions. They note the limitations of the study include not being able to determine if the effects were due to an increased exposure to nature and the positive responses to this, or due to a decreased exposure to technology and its associated expectations, or to another alternate factor.

6. Spending time in nature can make you more empathic, agreeable, generous and helpful.

In a series of experiments in 2012 researchers in California found that exposure to beautiful nature when compared to nature not perceived as beautiful lead to increased prosocial behavior through increased positive emotions.

7. Spending time in nature can improve your immune system function and decrease your stress hormones.

A review in 2010 looked at the effects of forest bathing in Japan. https://www.ncbi.nlm.nih.gov/pmc/articles/PMC2793341/ Forest bathing trips called “Shinrinyoku” in Japanese are very popular and are essentially short, leisurely visits to a forest. The review found that people who spent time forest bathing had increased natural killer cell activity and lower stress hormones in their system. Natural killer cells are a type of white blood cell that is involved in limiting the spread of infections and also plays a role in prevention of cancer. The increased NK activity lasted for 30 days after the forest visit.

And the final most important point to note: it appears that we gain the benefits from time in nature even when we don’t enjoy it. A study done in Michigan found that people who walked in nature on an unpleasant windy cold winter day still performed much better on short-term memory and attention tests than those who walked in an urban environment even though they didn’t particularly enjoy the experience. They also found that mood tended to be higher as well.

One of the researchers Marc Berman discussed the results in a newsletter “What we’re finding is that you don’t have to like the interaction with nature to get the benefits.”

Enough said. Our family gets out into the great wild world almost every day in the summer. And if I have to resort to some incentivizing to makethat happen, I’m OK with that. This way the adults are more likely to enjoy it and the kids, well, they will get the benefits regardless.

Mikel Segal MD is a Physician and Health Coach in Vancouver, BC providing people coaching services with a goal of creating positive changes. She is a certified Health Coach through the National Society of Health Coaches and is currently enrolled in Human Potential Institute Coaching program for further life, performance, health and executive coaching training. Visit our website here.
Articles by this author.
PrevPreviousPhysiotherapy for Swimmers
NextInfrared Light TherapyNext