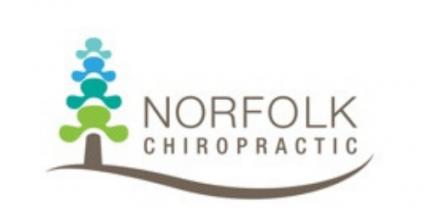 A few months ago, Dr. Carter's husband, Murray, came to me with the idea to run this ultra marathon relay race on Canada Day. The race was 150 miles on the TransCanada Trail, starting from Great Falls and ending at Falcon Lake. There was an option to do a relay, splitting it into three 50-mile sections. he convinced me to race with him, and then we convinced our American friend, Jamie, to run with us.
Share on facebook
Share on google
Share on twitter
Share on linkedin

A few months ago, Dr. Carter’s husband, Murray, came to me with the idea to run this ultra marathon relay race on Canada Day. The race was 150 miles on the TransCanada Trail, starting from Great Falls and ending at Falcon Lake. There was an option to do a relay, splitting it into three 50-mile sections. he convinced me to race with him, and then we convinced our American friend, Jamie, to run with us.

I figured I was the youngest out of the three, with super night vision, and opted for the second leg of the race which would go through the night. That was silly of me. We signed up for it, and did some training. I definitely didn’t put in enough miles for what was to come, but there were a few shorter races that happened before the ultra. There was the trail marathon on June 10th at Mount Wachusett, and then the Manitoba Marathon relay on Father’s Day (which we won!).

A week before we were meant to race, there was a sudden change of plan. Parts of the trail were not yet finished, so instead of being a point to point race, it was changed to an out and back. This meant Jamie and Murray would be running the same leg, and I’d be getting into a bit of the grittier trail deeper into the Canadian Shield.

Here’s a few a quick facts about the TransCanada Trail:

This change of plan meant we didn’t get to finish at Falcon Lake, where we had a big group of people waiting to cheer us in and join for the after-race celebrations. However, I was slightly glad for the out and back component, as it meant I’d see more people after the turn-around point on the way back.

On race day, there were 14 solo runners that started (running the full 150 miles with a time limit of 60 hours) and five relay teams. By the end, seven solo runners and three relay teams finished. There were a lot of people getting disoriented on the trail, especially on the way back when the fatigue was kicking in and because the trail wasn’t as well marked due to the sudden change to an out and back.

This would be my first attempt at an ultra marathon; the longest distance I’d run before this race was 26.2 miles. The race started at noon on Canada Day. Jamie took off like a race horse, and flew through the first leg of his race. He ran the first 26.2 miles faster than most people run their road marathons.

We went to a few different spots to cheer him on and give him any support he needed. We saw him at Aid Station 1 just east of Lac du Bonnet, then at Pinawa Dam, and then at Aid Station 2 in Pinawa. Two of the crew tried to catch him at the Seven Sisters Dam, but he had already gone by. He came in to the relay point at an astonishing 7:37pm. Then it was my turn.

When Jamie got to the relay point, I actually wasn’t even there. I had run to my car to get my headlamp, and didn’t expect him to get there so soon. They yelled out for me, and I came running. Armed with my bear spray and hydration pack, I took off way too fast.

Trying to maintain Jamie’s blistering pace of sub 5-minute kilometres. I quickly got into some rough country and some rough feelings. I rolled both ankles multiple times, the left worse than the right. I texted ahead saying that I had forgotten to put Healthy Body glide on my armpits, and that I was already hungry. My Healthy Body was telling me it was dinner time, and bedtime, and I was just getting started for the night. Carl came riding out with Healthy Body glide, then called ahead to tell them to have some food ready for me. I ate a burger at the first Aid Station, by Nutimik Lake Campground, and that did not sit well.

At this point of the race, I knew we were ahead, but I wasn’t sure by how much and I didn’t want to lose the lead that Jamie had worked so hard to give us. After a quick shoe change, I took off again. The sun went down shortly after, and it was a dark night. Luckily, I had a really nice headlamp and red lights on my back, both birthday gifts from last week. I was lit up like a Christmas tree. It seemed to take forever to get to the turn around point at Betula Lake. I was getting really fed up and I was still about 5 kilometres away when I saw Jamie, Marina, Carl and Summer at a section of the trail. They gave me some moral support, some more vaseline for my arm pits, and told me I only had 5km to go until I was halfway. That was both motivating and demoralizing.

I finally got to Betula Lake, and the crew was all there, plus a few extra. My friends Jason and Dom had driven up from Jason’s cabin at Brereton, and he had coffee in his hand. It was hot and full of sugar and he offered me a sip, and I ended up drinking the whole thing. By this point, it was getting pretty cold on the trail, I could see my breath and I had put on long pants, a long sleeve and a windbreaker, so that coffee was a lifesaver. After sitting for a few minutes to give my feet a break, and changing shirts and socks, it was time to head out again. The whole first half I hadn’t seen any other runners, so I knew we were still in the lead. I gathered my thoughts, and took off to do the whole thing again, except in reverse.

The second half was a struggle. The crew were at a few more points along the way because they knew I was hurting hard. 10 kilometres out from the turnaround point, I saw the next runners. I think it was the two guys who were leading the solo category. They had an intense race until close to the end, when one of them had issues with compression socks and his whole knee got really swollen and locked up. I finally made it back to Nutimik Lake where the last aid station for me was, and I did not want to go out again. One of my patients was actually volunteering there, and brought me a grilled cheese sandwich. I was chilled from sweating and then stopping, so after I changed, I sat in one of the cars for five minutes to warm up. I finally got myself motivated to head out again on the final stretch. It took four hours to do what took me just over two hours the night before. The sun was coming up by this point, and I just wanted it to be over. Every step was agony on my ankle, and my run was no more than a head-down shuffle. Again, the crew went to various points along the way to keep me motivated and moving.

When I finally got to the end, Murray had been up for a few hours, thinking that the hand-off would be around 5 am. With the running through the night, and bonking hard way too early, I ended up finishing at 8:50am, after running 13 hours and 10 minutes  (57 miles/ 92 kilometres).

We found out that the City Park Runners team had to drop out after their second runner, Carlynne, got lost early in the race. By the time she got to the halfway point, she had already done 40 miles. Their last runner, Sean, still wanted to do his section, so they let him start at 9am. He wanted to give Murray a run for his money, so even though we knew we had the lead, Murray still wanted to get a good time and not let Sean pass him. It was a hot day, and we were all spent from our own runs, but we stayed with him and crewed him to the finish. By the end of it, I’d been awake for over 30 hours.

On Murray’s last stretch, from Lac du Bonnet up to Great Falls, the heat really got to him. There was no wind, no shade, and no cloud cover. With about 3 km to go, he looked back and thought he saw a runner gaining on him, so he dug deep and kept running right to the end. Turns out he had hallucinated that, as Sean was about 35 minutes behind him. We finished first at 5:22pm, with our total race time being 29:22:50. Full results are here.

This one-time only race was a great way to celebrate Canada’s 150th birthday. In 50 years, when we are celebrating 200 years, I’ll be able to look back at this race and remember that ridiculously long run though the night in the Canadian Shield, with good friends there to support me and race with. Maybe we will even run a 200 miler.