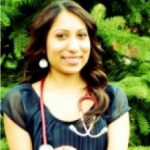 When we think of digestive concerns, we typically imagine adults; however, tummy troubles can also occur in children as early as infancy. Whether it's colic, reflux, or constipation, there are natural ways to help resolve your child's digestive complaints.
Share on facebook
Share on google
Share on twitter
Share on linkedin

When we think of digestive concerns, we typically imagine adults; however, tummy troubles can also occur in children as early as infancy. Whether it’s colic, reflux, or constipation, there are natural ways to help resolve your child’s digestive complaints.

Infantile colic
Infantile colic (or simply colic) is described as uncontrollable crying, irritability, and fussiness for more than three hours a day in otherwise healthy infants. It typically begins around two weeks of age and resolves by three to four months.

Symptoms are usually worse in the late afternoon and evening, and infants will often pull their legs up to their abdomen and arch their back when crying. Although no single cause of colic has been identified, it has been linked to an immature digestive system, excess gas, and food intolerances.

Treatment
In breastfed infants with colic, it is important to evaluate and alter the mother’s diet. Exclusion of allergenic foods such as dairy products, wheat, eggs, soy, peanuts, and tree nuts may help decrease symptoms of colic. In formula-fed infants, switching to a hypoallergenic formula can be beneficial.

Gentle botanical extracts such as camomile (Matricariae recutita), fennel (Foeniculum vulgare), and lemon balm (Melissa officinalis) can be soothing for the digestive system. Probiotics, specifically Lactobacillus reuteri, may also decrease the crying and fussing of colic, though the evidence is less clear.

Gastroesophageal reflux (GER) is a common occurrence in infants in which the contents of their stomach are spitting up shortly after feeding. GER may progress to gastroesophageal reflux disease (GERD), a more problematic form that can include symptoms such as recurrent vomiting, poor weight gain, refusal to feed, and sleep disturbances.

GER and GERD can also occur in older children. Symptoms may be more similar to those experienced by adults, such as abdominal pain, a burning sensation in the stomach, painful swallowing, and upper respiratory problems including chronic cough and hoarse voice.

Treatment
An allergy to cows’ milk protein has been associated with reflux in infants. Eliminating dairy from both the infants’ and mothers’ diet may be beneficial. If infants are breastfed, slower, smaller, and more frequent feedings can be easier for them to digest and can consequently decrease reflux. Studies have shown that laying infants in the left lateral position (on their left side) instead of on their back may also reduce reflux-related vomiting.

In older children, avoidance of caffeine, chocolate, and spicy cuisine is recommended, as these foods can potentially trigger reflux symptoms. Healthy weight loss can also be helpful for children who are overweight.

Naturopathic Doctor in Oakville, ON Dr. Lesley D’Souza, ND began her studies at the University of Toronto, obtaining a Bachelors of Science in Human Biology with a minor in psychology. She then received her Doctorate of Naturopathic Medicine at The Canadian College of Naturopathic Medicine in Toronto, Ontario which is an accredited four-year, intensive post-graduate naturopathic medical program. As part of her studies, Dr. Lesley completed a twelve-month internship at the Robert Schad Naturopathic Clinic, the largest naturopathic clinic in North America. http://www.drlesleynd.com  Book a FREE 15 Minute Consultation at one of her locations closest to you...Click here Now is the time to focus on your health...click here visit Dr. D'Souza's Website Dr. D'Souza specializes in Fertility support, click here to find out more!
Articles by this author.
PrevPrevious9 Tips in Preventing a Stress or Anxiety Relapse
NextBenefits of Bio Slimming Healthy Body WrapsNext