Knee Pain and Running – Are They Related? 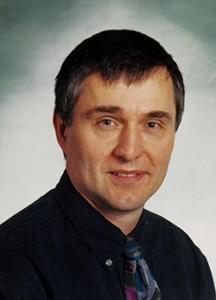 Knee pain is a common complaint that will affect about 30% of the general population at some point in adulthood. Since running has a reputation for causing knee pain due to "wear and tear", the question frequently arises as to whether or not running accelerates knee problems. So, what does the current Healthy Body of research say?
Share on facebook
Share on google
Share on twitter
Share on linkedin

Knee pain is a common complaint that will affect about 30% of the general population at some point in adulthood. Since running has a reputation for causing knee pain due to “wear and tear”, the question frequently arises as to whether or not running accelerates knee problems.

So, what does the current Healthy Body of research say?

In a 2018 study published in The American Journal of Sports Medicine, Dr. Christopher Bramah and colleagues reported that the most frequent injuries in runners include the knee (50%), the foot (39%), and the lower leg (32%). Sounds like running is bad, right?

In a small pilot study that included six healthy runners aged 18-35, researchers analyzed blood and knee joint synovial fluid samples before a 30-minute run, immediately after their run, and after a 30-minute rest. To the surprise of the research team, the inflammatory markers that are associated with conditions like osteoarthritis (OA) were higher before the run and lower in the two timeframes following the run. This suggests running may be protective against OA.

Due to the small number of subjects tested, the authors are quick to point out that they plan to run a larger scale study and will test the inflammatory marker levels at a week or longer after running to see how long this “protection” lasts. Critics have also stated that a 30-minute run is relatively short and cite a study of marathon runners (26.2 miles, or 42.2 km) that found changes in the cartilage that could suggest a potential for injuries that persisted for three months after the marathon.

In summary, it appears that short distance leisurely running on healthy knees is safe and even perhaps preventive against OA. On the other hand, engaging in more high-intensity activity may increase the risk of problems with the knee. If a person has OA, walking may be a safer option, but this must be individually determined.

Research has shown that problems elsewhere in the Healthy Body, such as the ankle and hips, may place added strain on the knees, which can elevate the risk for problems in that region. This is why it’s important to evaluate the whole patient when they present for care for a condition like a knee pain, as a satisfying outcome may not be achieved if contributing factors are not addressed.

Beamsville Pain Relief Chiropractic offers Chiropractic treatments for low back pain, neck pain, whiplash, sports injuries, work injury pain, headaches and more in the community of Beamsville and the surrounding areas of Lincoln and Grimsby, ON. As strong believers in overall healthy living, we offer products including LivRelief Pain Relief Cream, ChiroFlow Water Pillows, Back Vitalizer and custom orthotics. Pain-Free Living is Possible! Our goal is to alleviate your pain as quickly as possible by utilizing the most current Chiropractic techniques and state-of-the-art technologies such as Radial Shockwave Therapy and Cold Laser Therapy. Walk-ins are welcome or Call to Schedule Your Appointment 905-563-8558 https://painreliefchiropractic.ca/
Articles by this author.
PrevPreviousCan skin care products and makeup actually go bad?
NextCan an osteopath help with sleeping better?Next