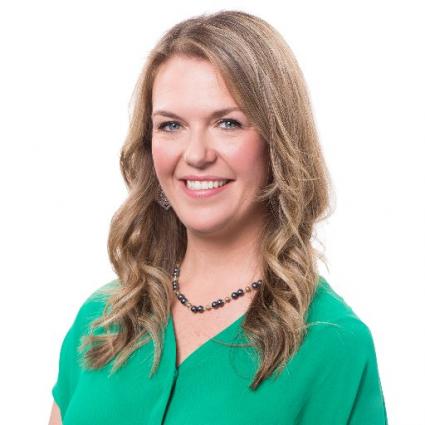 Testosterone Treatment and MS In a pilot study by Sicotte et al, 10 males with MS were treated with 10 g of transdermal testosterone (delivering 100 mg/day) for 12 months.7 Results showed that IL-2 decreased, BDNF levels increased, natural killer (NK) cells increased, and scores on cognitive function tests improved. MRIs showed a slowing of brain atrophy; however, there was no effect on the size and number of brain lesions. A similar pilot study by Gold et al was conducted to confirm these preliminary results.12 Ten male MS patients were treated with the same daily dose of testosterone in a cross-over design (i.e., 6 month observation period followed by 12 months of treatment).
Share on facebook
Share on google
Share on twitter
Share on linkedin

MRIs showed a slowing of brain atrophy; however, there was no effect on the size and number of brain lesions. A similar pilot study by Gold et al was conducted to confirm these preliminary results.12 Ten male MS patients were treated with the same daily dose of testosterone in a cross-over design (i.e., 6 month observation period followed by 12 months of treatment).

Levels of IL-2 decreased, NK cell populations increased, and BDNF levels increased. These studies suggest that testosterone treatment induces favourable immunomodulatory effects and possibly neuroprotective effects in male patients with MS. Discussion While there are numerous studies that have started to elucidate the mechanism of actions of estriol and testosterone with respect to how they modulate the immune sys- 4 Journal of Orthomolecular Medicine Vol 27, No 2, 2012 team and impact MS, the data is only preliminary and larger clinical trials are required.

An obvious limitation to the clinical trials reviewed was their small sample sizes and lack of adequate control groups. The designs of the studies were a crossover, which relied on the participants serving as their own controls instead of properly matched control groups. Other studies have evaluated the putative therapeutic properties of sex hormones in MS. One study assessed the impact of exclusive breastfeeding on post-partum relapses in MS.13

Thirty-two pregnant women with MS completed questionnaires during their last trimester, as well as at 2, 4, 6, 9 and 12 months post-partum with respect to changes in neurological status, breastfeeding, supplemental feeding behaviour, menstrual history and medication use. Only 69% of the women breastfed at all, and of these, 30% began to supplement with formula within the first two months. The women who did not breastfeed at all and those who supplemented had a significantly higher risk of post-partum relapses during the year following delivery than women who breastfed exclusively (p=0.003). The relapse rates in mothers who breastfed some, but not exclusively, were statistically similar to not breastfeeding at all. However, the physiological state in a post-partum woman who breastfeeds exclusively is one of very low estrogen and high prolactin, which contradicts previous research. One hypothesis that has been advanced is that a state of anovulation (common to a high estrogen state and lactational amenorrhoea) is what might protect against relapses in MS, but clearly, further research is warranted.

Another novel treatment for MS is the use of tamoxifen, which is a commonly prescribed anti-estrogenic treatment for breast cancer in post-menopausal women.14 Studies have shown that peripheral lymphocyte counts were significantly reduced in women treated with tamoxifen, which has implications for the treatment of conditions that require immunosuppression.14 Other studies using the EAE mouse model of MS showed that tamoxifen-induced a TH2 bias, reduced demyelination, suppressed T cell production stimulated by myelin, and impaired the stimulation of myelin-specific T cells by dendritic cells.14

The purported mechanism of action involves the inhibition of P-glycoprotein, which is an active transporter required for T cell activation and the maturation of antigen presenting cells. Regardless of the immunological mechanism of action, tamoxifen also interacts with estrogen receptors via an inhibitory process, and overall its beneficial effects for the treatment of MS seem counterintuitive. While the use of estriol or testosterone as monotherapy is promising, it is likely that the therapeutic effects of sex hormones are due to their interactions with the immune system.

Progestin is also beginning to interest researchers, and there is currently a large scale study underway to determine whether a synthetic progesterone derivative administered post-partum can help to prevent postpartum relapses when combined with low dose estradiol.15 Preliminary evidence from this study has indeed shown that progestin is capable of supporting a TH2 biased immune response, as well as having an effect on demyelination. Despite such promising preliminary evidence, it might be preferable to use progesterone instead of its synthetic derivatives.

Progesterone plays a crucial role in stimulating new oligodendrocytes and might facilitate myelin repair. For a more elaborate understanding of the neurostimulator mechanisms of progesterone, please review the work of Schumacher et al.16

Click here for more about this topic, conclusion and references