The guide to Scheurmann’s Disease. 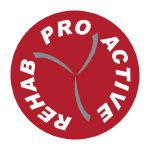 The section of spine from below the neck to the bottom of the rib cage is called the thoracic spine. From the side, the thoracic spine appears slightly rounded. Its shape is like the letter "C" with the opening of the "C" facing the front of the Healthy Body. This normal curve is called a kyphosis. With an excessive kyphosis, the thoracic spine takes on a hunchbacked appearance.
Share on facebook
Share on google
Share on twitter
Share on linkedin

Scheuermann’s disease (also called Scheuermann’s kyphosis) is a condition that usually starts in childhood. It affects less than one percent of the population and occurs mostly in children between the ages of 10 and 12. It affects both boys and girls with a slightly higher number of boys affected. Those who do not receive treatment for the condition during childhood often experience back pain as an adult from the spinal deformity. In some cases Scheuermann’s disease doesn’t develop until adulthood.

This guide will help you understand:

What parts of the spine are involved?

A healthy human spine has three gradual curves. From the side, the neck and low back curve gently inward. This is called a lordosis. The thoracic kyphosis (outward curve) gives the mid back its slightly rounded appearance. These normal curves help the spine absorb forces from gravity and daily activities, such as lifting.

The angle of normal kyphosis in the thoracic spine varies. The angle increases slightly throughout life both in women and men. During the growth years of adolescence, a normal curve measures between 25 and 40 degrees. In general, kyphosis tends to be more exaggerated in girls. If the curve angles more than 40 degrees in either boys or girls, doctors consider the kyphosis a deformity. Scheuermann’s disease causes the thoracic kyphosis to angle too far (more than 45 degrees).

A long ligament called the anterior longitudinal ligament connects on the front of the vertebral bodies. This ligament typically thickens in patients with Scheuermann’s disease and adds to the forward pull on the spine, producing more wedging and kyphosis.

Why do I have this problem?

Famed for discovering this disease, Scheuermann himself thought a lack of blood to the cartilage around the vertebral Healthy Body caused the wedging. Though scientists have since disproved this theory, the root cause of the disease is still not definitively known.

Other theories of how Scheuermann’s kyphosis starts include:

Researchers have suggested that this disease can be passed down in families. Studies have shown multiple families who have passed the disease through the inheritance of certain types of genes. The genetic link is uncommon and remains under investigation.

Mechanical reasons include strains from bending, heavy lifting, and maintaining poor posture. This theory seems plausible because the back braces used for treating kyphosis work. If a back brace can straighten a bent spine, then perhaps mechanical forces could be causing the increased kyphosis (back braces are discussed in more detail later). Some experts think that tight hamstring muscles (along the back of the thigh) pull on the pelvis contributing to the spinal deformity.

Other theories put forth that might help explain the cause(s) of Scheuermann’s disease include biochemical changes in the collagen that make up the end-plates causing altered bone growth, above-average disc height, and increased levels of growth hormone.

A hunched posture or a round back in children usually alerts parents or teachers of the need for a visit to a health care professional. Children don’t typically complain of back pain or other symptoms in the early stages of Scheuermann’s disease.

On the contrary, this is not the case in adolescents who are nearing puberty and have kyphosis in the lowest part of the thorax, near the bottom of the rib cage. In these patients, back pain is the main problem. This occurs most often in young, active males. Doctors suspect this unique form of the disease occurs because the condition is overlooked during childhood, delaying treatment.

Adults who have lived with the hunched posture for many years may note worsening pain as they age; they are disturbed by the physical changes and deformity that develop. The pain and/or the physical changes typically cause them to seek medical assistance at which time Scheuermann’s disease is discovered.

Besides having a forward curved spine, most people affected by Scheuermann’s disease report back stiffness, a loss of flexibility, and some back pain.  Patients generally report feeling discomfort along the sides of the spine, slightly below the main part of the abnormal curve.

The neck and low back try to compensate for the round hunched back by increasing the natural lordosis (inward curve) of these two areas.  This particularly puts extra strain on the tissues of the low back. Over many years, this added wear and tear may produce low back pain, however, this mainly occurs in adults who have extra lumbar lordosis from years of untreated Scheuermann’s disease.

Degenerative spondylosis is also reported as part of the natural history in middle-aged adults with Scheuermann’s kyphosis. Spondylosis is when degenerative changes in the spine (usually from aging) occur.  These changes can cause bone spurs to form around the spinal joints and cause the joint spaces to narrow. This can contribute to pain and stiffness in the spine.

All of these changes in spinal alignment are often accompanied by mechanical changes in other areas such as tight shoulder, hip, and leg muscles.

In the rare situation when the kyphosis angle exceeds 100 degrees, the sharply bent spine puts pressure on the heart, lungs, and intestines. When this occurs, patients may tire quickly, suffer shortness of breath, feel chest pain, and lose their appetite.

ProActive Rehab & Sport Injury Centre is your centre of choice for effective injury management and prevention in a professional, relaxed, motivating environment.  We will guide you along your way to reaching your full potential! ProActive Rehab is a multidisciplinary rehabilitation facility located in the heart of downtown Huntsville Ontario. We offer a wide range of services including physiotherapy, massage therapy, occupational therapy, aquatherapy and post-rehab aquacise, cardiac rehabilitation, custom foot orthotics, braces, supports and rehab products. We pride ourselves in being the centre of choice in north Muskoka for exemplary customer service, professional and effective rehab programs and experienced staff all in a relaxed and motivating environment! Shop on our online store click here Call for an appointment today! 705-788-1480 Or book an appointment online Click Here!
Articles by this author.
PrevPrevious10 Tips to Let Go of Guilt
NextWhat is involved with getting fitted for foot orthotics?Next