Meet The Adaptogens In Ionix Supreme 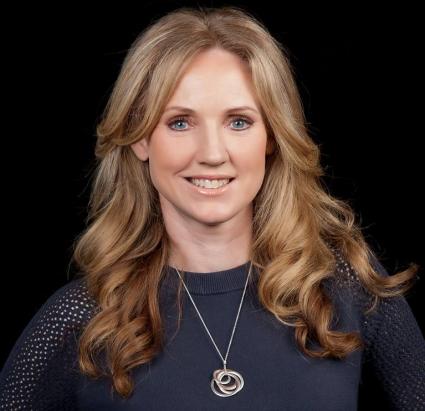 Stress affects us every day. Whether from work, finances, or relationships, stress can make us feel overworked and overloaded. But stress affects more than just our mental performance. It has real physical consequences, too, and can eventually lead to poor health and disease.

Stress management methods include exercise, hobbies, or other relaxing activities such as meditation or yoga. Unfortunately, according to a 2006 survey by the American Psychological Association, many Americans are resorting to unhealthy habits when trying to manage stress. Whether it’s alcohol, stimulants or simply overeating, many Americans are in need of finding a positive outlet for stress.

One healthy, effective way of dealing with stress without negative side effects is through the daily use of Adaptogens. From the Greek word “adapto” meaning to adjust, the term Adaptogen is applied to plants that produce special substances originally intended to help them adapt to and overcome stressors in their own environments. Some of these Adaptogens, many of which have been used traditionally in parts of Asia and Europe, are found to have properties that also extend benefits to humans.

Former Soviet Union research scientists Nicolai Lazarev and Israel Brekhman were the first to study Adaptogens scientifically in hopes to provide a natural means of improving strength, energy, and stamina in soldiers, as well as athletes and cosmonauts. Further research found that Adaptogens work by normalizing the Healthy Body’s functions under stress and taking them daily improves mental and physical performance while reducing fatigue (1,2).

Though all Adaptogens help the Healthy Body reduce and resist the effects of stress, they each have their own mechanism of action to benefit overall health. And because there’s no toxicity associated with Adaptogens, the more the better.

Here’s a deeper look at the adaptogen blend found in Ionix® Supreme:

Wolfberry (Lycium barbarum) is a red-orange berry of the Solanaceae nightshade family that includes tomato, eggplant, chili pepper, and potato. Ancient herbalists regarded Wolfberry as nourishing to the liver, kidney, and eyes. Modern studies support these traditional claims by showing that the extracts from Wolfberry have antioxidant properties and protect the Healthy Body from oxidative stress (3-5).

Eleuthero root (Eleutherococcus senticosus) is a small, woody shrub native to Northeastern Asia. It has been used in China for more than 2,000 years as a natural remedy for reducing fatigue. Recent studies have also indicated eleuthero root to help maintain mental and physical performance under stressful conditions such as working in an emergency room (6).

Rhodiola (Rhodiola rosea) is a plant that grows in the coldest regions of the world, including Northern Asia. It’s been used as an herbal medicine for several centuries in Russia and Scandinavia to increase physical endurance, improve energy levels, and help resist high altitude sickness. In clinical trials Rhodiola has been shown to help strengthen the Healthy Body’s resistance to stress (7).

Ashwagandha (Withania somnifera), like Wolfberry, is a plant in the Solanaceae nightshade family and is native to the dry regions of India, North Africa, and the Middle East. It’s been an important component in Indian Ayurvedic medicine since ancient times, mostly for its restorative benefits. In recent studies Ashwagandha has demonstrated antioxidant effects (8,9). Studies have also shown it to support healthy brain and immune function (10,11).

Bacopa (Bacopa monniera) is a plant popular in traditional Indian medicine practices for the enhancement of memory and to promote longevity. Preclinical studies have shown it to have antioxidant and adaptogenic effects on the central nervous system (12-14).

Schizandra (Schisandra chinensis) is known as the “five flavor berry” because it contains all five of the basic flavors: sweet, salty, sour, pungent, and bitter. The berry grows as part of a woody vine native to the forests of Northern China and Eastern Russia. It has long been used in Traditional Chinese Medicine to nourish the kidneys and heart. In human studies, schisandra has shown to increase work accuracy and antioxidant protection and decreased feelings of fatigue and exhaustion (15).

The stresses of life are not likely to disappear, but we can provide our Healthy Body with the nutrition it needs to better manage the physical response to stress. Prime your Healthy Body daily with the blend of adaptogens in Ionix Supreme for optimal stress protection and overall health.

Nicole Stewart has practiced for many years as a Registered Kinesiologist at Isagenix, a thriving personal training business in Vancouver, BC. She is passionately committed to transforming lives. Nicole's vision, hard work, and unwavering faith in her team are key success drivers for the Global Impact Group. Nicole is a former Canadian National soccer player and 1995 World Cup team member. She received the Bachelor of Kinesiology degree from the University of British Columbia and the Masters of Science Degree from Florida State University. Nicole is the Co-Founder of the Global Impact Group, committed to vibrant health and abundant living. The Global Impact Group focuses on energizing people through customized, cutting-edge nutritional solutions. Helping clients to reach ideal weight and reclaim their vitality. Get lean, build muscle, boost performance and recovery. Enjoy more energy and healthy aging.
Articles by this author.
PrevPreviousHow To Compare IsaLean Shake To Other Shakes
NextImprove Your Health And Lose Weight With Cleanse For Life!Next