What is Knee Arthroscopy?

The use of arthroscopy has revolutionized many different types of orthopedic surgery. During arthroscopy, a small video camera attached to a fiber-optic lens is inserted into the body to allow a physician or surgeon to see inside without making a large incision (arthro means joint, scopy means look). The knee was the first joint in which the arthroscope was commonly used to both diagnose problems and to perform surgical procedures inside a joint.

This guide will help you understand:

What parts of the knee are involved? 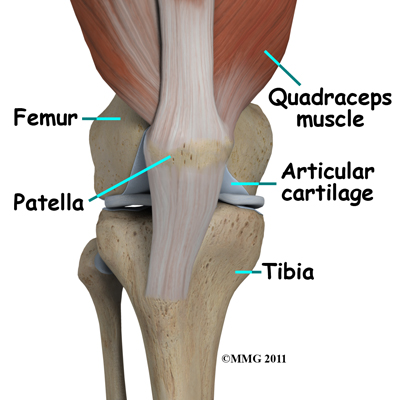 The knee joint is surrounded by a water-tight pocket called the joint capsule. 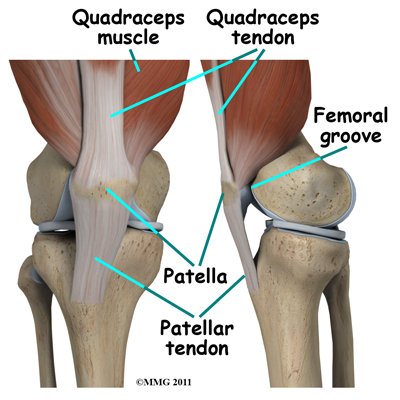 This capsule is formed by the knee ligaments, connective tissue, and synovial tissue. When the joint capsule is filled with sterile saline and is distended, the surgeon can insert the arthroscope into the pocket that is formed, turn on the lights and the camera, and see inside the knee joint as if looking into an aquarium. The surgeon can see nearly everything that is inside the knee joint including: (1) the joint surfaces of the tibia, femur and patella, (2) the two menisci, (3) the two cruciate ligaments, and (4) the synovial lining of the joint. 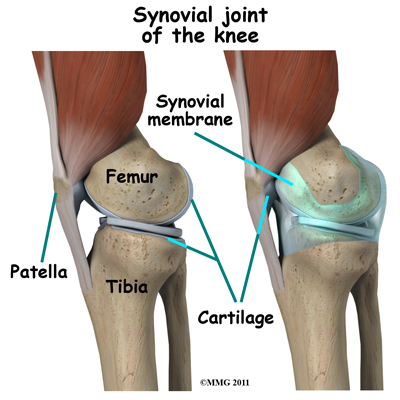 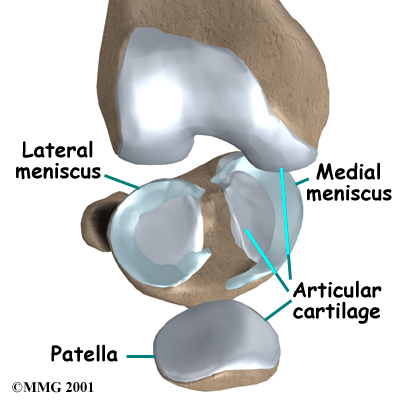 Ligaments are tough bands of tissue that connect the ends of bones together and help to keep the bones together, creating a stable joint. The anterior cruciate ligament (ACL) is located in the center of the knee joint where it runs from the backside of the femur, or thighbone’s joint surface to connect to the front of the tibia, or shinbone’s joint surface.
The ACL runs through a special notch in the femur called the intercondylar notch and attaches to an area of the tibia called the tibial spine.

The ACL is the main controller of how far forward the tibia moves under the femur. This is called anterior translation of the tibia. If the tibia moves too far, the ACL can rupture. The ACL is also the first ligament that becomes tight when the knee is straightened. If the knee is forced past this point, or hyperextended, the ACL can also be torn.
The posterior cruciate ligament (PCL) is located near the back of the knee joint. It also attaches to the femur’s joint surface and the tibia’s joint surface, but crosses behind the ACL such that the two ligaments (the ACL and PCL) form somewhat of an X inside the joint (the term ‘cruciate’ means shaped like a cross.)

The PCL is the primary stabilizer of the knee and the main controller of how far backward the tibia moves under the femur. This motion is called posterior translation of the tibia. If the tibia moves too far back, the PCL can rupture.

To read the rest of the article click here.

ProActive Rehab & Sport Injury Centre is your centre of choice for effective injury management and prevention in a professional, relaxed, motivating environment.  We will guide you along your way to reaching your full potential! ProActive Rehab is a multidisciplinary rehabilitation facility located in the heart of downtown Huntsville Ontario. We offer a wide range of services including physiotherapy, massage therapy, occupational therapy, aquatherapy and post-rehab aquacise, cardiac rehabilitation, custom foot orthotics, braces, supports and rehab products. We pride ourselves in being the centre of choice in north Muskoka for exemplary customer service, professional and effective rehab programs and experienced staff all in a relaxed and motivating environment! Shop on our online store click here

Article Number of Sessions You Need for Hypnosis for Weight Loss